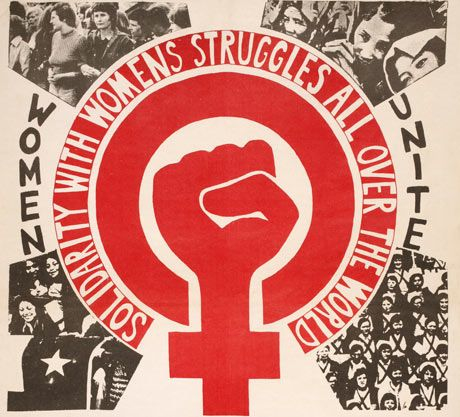 Is open education a feminist space?

I think this might another lens on the question we were asked by the curators:

The first inspiration for the #femedtech network, as I remember (and I’m aware that ‘remembering’ is a positioning statement) was for women in edtech work to meet and share our experiences. But before we had even met, we were aware of a discomfort, a cosiness that itched. We (the early ‘we’) checked our privilege while we celebrated the support we had from each other. We were in education – and in technology – because we saw opportunities to redress inequalities of all kinds, especially in access to powerful knowledge and learning. We were often disappointed, and not just on behalf of women.

We discussed identities: ‘fem’ ed tech, not ‘women in’. We did not need a sorority, boosting each other’s Linked-In profiles. We challenged ourselves to think as openly as we could about what #femedtech could be, and that challenge is ongoing in the network with its emergent codes, and with its shifting centres and peripheries.

There’s always a conflict between occupying the space that is local to us – safe in solidarity with other known women – and opening up to others in uncertain territory. It’s hard to know when to claim a part in history, and when to get out of the way of something becoming different. There are as many ideas about #femedtech as there are users of the hashtag.

The question I’m posing here is my own, but I’m hoping to put it into dialogue with other questions and other voices, some I know and some I haven’t heard before.

Open education as a feminist space?

If there are so many capable, powerful, well-connected women in learning technology and open education (and there are), why do we need a feminist agenda? What are feminists doing here, and what would it mean to say that this is a feminist space?

I want to offer some openings into this question. I’m adding links to short essays with links and further ideas as they take shape, and I will try to link these back here, to some of the other questions and contributions being put forward. I was struck by this graph of learning technology roles from Maren Deepwell and Martin Hawksey’s recent keynote on IWD19. Edtech has the potential to redefine roles and divisions of labour in the academy. The gender balance is better than in most academic roles. But even here there is a distinctive gendering of different responsibilities.

Alongside tech companies, educational organisations are among the most powerful forces shaping the future – our technologies, knowledge practices, values and work. So it matters that both kinds of organisation (ed and tech) are institutionally discriminating in their employment practices, in crude economic terms, and culturally in terms of how different kinds of work are gendered and valued.

2. The promise of equal opportunities to learn I’ve found it helpful to think about three different claims for the democratic effects of educational technology: access, participation, and outcomes. I realised this week that these  correspond well to the three kinds of social justice – redistributive, recognitive, and representational – that Sarah Lambert introduces in her discussion space at OER19.

Equality of digital access (fully open, redistributed access to knowledge, networks and tools) is still a long way off. Further off is the recognition that networked learning is different for people with who have different experiences of power and privilege. Learning groups and networks are not immune from these, however open they seem and however hard their members struggle against them. And further off again is real equality of outcome. Even with full recognition of the injustices inherent in our education and our technologies, we still can’t as educators determine what the learning we offer will represent as currency in the wider world. Who will tender it, and how? When will more equitable access to learning – via technology – lead to genuinely more equal life chances: more equal access to valued work and work roles, better pay and conditions, better quality of life? Technology, we are always being told, is ‘the future’ of education. But why is futures thinking so often the province of particularly privileged men? Why do men occupy the future so confidently, while women seem mired in the messy business of caring for the here and now? And is that why gender relations – and issues of social justice more broadly – so rarely get included in our collectively imagined futures? In the last few years we have come to understand how existing social injustices can be wired in, and even amplified, in the networks we share with algorithmic agents. We have the unsurprising news that Amazon’s recruiting algorithm, designed to remove human subjectivity from the process, strongly favoured male candidates. And that in education, heavily biased student ratings are being wired in to systems for valuing and rewarding teachers. AWe have Virginia Eubank’s work on Automating Inequality; Cathy O’ Neil’s expose of how big data undermines democracy; and Audrey Watters on how ed tech companies are using student data (and how students can fight back).

Of course we should be teaching girls to code, but after don’t we also need to be nurturing those social scientists and activists who can ask what code is doing to us? Susan Leavy, in a recent (2018) review of gender bias in AI concludes that:

There is an emerging focus on fairness in machine learning generally and it is is essential that women are at the core of who defines the concept of fairness. Advancing women’s careers in the area of Artificial Intelligence is not only a right in itself; it is essential to prevent advances in gender equality supported by decades of feminist thought being undone. A classroom characterised as people connected in a net of people who care about each other’s learning as well as their own… Such a perspective is ecological and holistic. The classroom becomes an important place to connect to our roots, our history, to envision the future. The web of interrelationships in the classroom is seen to stretch to the local, regional and global communities.

This vision of a global, interconnected classroom predates the world wide web by several years and the first MOOCs by almost twenty. It was written in 1987 by Carolyn M Shrewsbury in a special issue of Women’s Studies Quarterly on Feminist Pedagogy. Other contributions focused on journaling, linking personal and academic identities, and building communities of practice.

Bringing women’s experiences as womeninto the spaces of formal learning and knowledge meant talking about new ideas, but it also meant enacting new kinds of relationship and producing new kinds of subject – teachers/students who were willing to challenge the intellectual apparatus, while demanding recognition from it.

In the same issue, from Barbara Omolade:

Three issues form the context of my thinking about Black feminist pedagogy: the clarification of the source and use of power within the classroom, the development of a methodology for teaching writing skills, and the need for instructors to struggle alongside their students for a better university.

All of these speak to us today. Consider how networked knowledge and networked learners have helped to clarify and challenge sources of power. Consider how a set of critical practices with text, image and code can equip everyone with ‘writing skills’ of the highest value. Consider how the struggle for ‘a better university’ has become a struggle over public knowledge more broadly. And how alive we have to be – how we must ‘raise our consciousness’ of the system, from inside the system – if we are to resist the repressive, regressive alternatives. We might discern here the shape of a critical pedagogy fit for 2020 and many years beyond.

This work by Helen Beetham is licensed under a Creative Commons CC-BY Attribution 4.0 International License.